Your UI is IN your UX 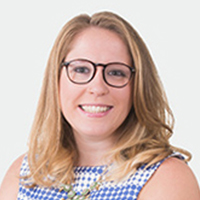 The terms “UI” (User Interface) and “UX” (User Experience) are often used interchangeably to represent the same concept. While they are indeed related, it is important to understand the distinctions between the two when building a digital product. If you don’t, you could end up spending a lot of time and effort on just the UI instead of the more holistic UX.

Source: Shane Rounce - https://dribbble.com/shots/1837823-UX-vs-UI
You could eat your cereal without your spoon but it wouldn’t be a great experience.

It helps to think of the UI as a piece of the overall UX puzzle. When it comes to User Experience, EVERYONE in your company is responsible for your customers’ overall experience — from marketing to product management to sales to IT to finance. When it comes to User Interface design, an interface designer may not necessarily take into account the overall experience of your customers. Many UI designers are only focused on interactions, designs, and what exists on the screen. They may not do user research or ask questions about how their UI will ultimately be integrated into your company’s broader infrastructure. In contrast, a UX Designer thinks more globally about your product, your business, and the people using it.

What is the textbook difference between UX and UI?

If you want to put it technically, here’s the Dictionary.com difference:

“It's important to distinguish the total user experience [UX] from the user interface (UI), even though the UI is obviously an extremely important part of the design. As an example, consider a website with movie reviews. Even if the UI for finding a film is perfect, the UX will be poor for a user who wants information about a small independent release if the underlying database only contains movies from the major studios.” - from The Definition of User Experience by Don Norman and Jakob Nielsen

As a UX Designer, here’s how I think about the difference

I like to describe the User Interface as a critical, but not all encompassing, piece of the overall User Experience. A successful User Interface is responsible for doing many things simultaneously. The interface must be well designed, easy to use, and intuitive — while also conveying the brand appropriately. The User Experience, in contrast, encompasses not only the interface but also everything the user interacts with outside of the interface. Referencing Neilson/Normal once again, “[UX] encompasses all aspects of the end user's interaction with the company, its services, and its products.” While that may seem like a small distinction, let’s look at it in terms of a few examples.

You should care about both issues equally because if not remedied, both could lead to a low user adoption or an overall negative brand impression. The rude email, however, could never be solved by only enhancing a user interface.

How we incorporate both UI and UX here at LookThink

At LookThink, everyone is a User Experience Designer and every decision we make carefully considers the end user — because your users are at the center of everything we do. I’m not just talking about the design team, I’m talking about EVERYONE involved. At the beginning of a project, our UX Leads are the team members most focused on UX. As the project continues, that UX Lead continues to champion the User and their experience to all the other team members. This means that our information architects, designers, developers, and project managers are all keeping the needs of the end User in mind at all times.

Whereas many UI designers are not conscious of the overall UX, at LookThink, the whole team stays hyper-focused on the overall experience of a person using your product or website. By doing this, we ensure that we always provide solutions that serve the end user and ultimately your business at large. Because your users are part of your business, just like your UI is part of your UX.

The Undisputed Value of Design
Why Accessibility Matters to Your Business

Ready to get your prototype started?